The Triangular Cooperation Initiative 'Enhancing rural women's cultural resilience through integrated actions in drought-affected areas during the COVID-19 pandemic' was approved by the ADELANTE Window of the European Union, with the aim of contributing to the empowerment of rural women in Sancti Spíritus, Cuba and Guanajuato, Mexico. The proposed activities will be carried out on the basis of the opportunities offered by Triangular Cooperation, centred around the exchange of knowledge.

The Universidad de Sancti Spíritus "José Martí Pérez" is the Beneficiary of the initiative, while the First Provider is the company HIDROAGRÍCOLA, based in Guanajuato, and the Second Provider is the NGDO SODEPAZ, based in Spain. In this sense, two countries in the region of Latin America and the Caribbean are involved, with similar challenges related to the objective of the Initiative, which will be implemented through nine activities and primarily focused on the exchange of knowledge between the Providers and the Universidad de Sancti Spíritus. In the case of the NGDO SODEPAZ, they will provide insight based on their own experience on how to improve productivity through appropriate promotional strategies, highlighting the possibilities and the potential of rural women, which will enable them to undertake new productive challenges.

Based on the above, the first activity to be carried out is a gender-sensitive assessment in Sancti Spíritus, Cuba and Guanajuato, Mexico, to identify persistent gender gaps. The findings will then be shared with decision-making institutions in order to tackle the social issues faced by rural women. In this regard, one of the farms selected for the assessment was the Finca familiar de plantas medicinales (Medicinal Plants Family Farm), located in Banao, Sancti Spíritus.

The farm has six hectares, four of which are used to grow medicinal plants, and the remaining two are used for personal household consumption. Four people live on the farm permanently, three men and one woman, Belkis González Mendoza, who is the farm manager.

In the interview, she explains:
“I have lived in Banao all my life, surrounded by the mountains. I was born on December 3, 1967. I studied until ninth grade, after which I focused on taking care of the house and helping my mother and my aunts. All I have done is work in the fields, in connection with Plan Banao, and this farm we have was provided to us through the Plan. We primarily produce medicinal plants and I truly enjoy what I do, because we sow, and we can see the fruits of our labour.”

Some of the medicinal plants they grow are linden, marjoram, oregano, mint, lemongrass, aloe, passionflower, rue, indigo, guacamaya and romerillo, among others. They have vetiver barriers to filter and regulate the flow of water, preventing the formation of furrows, gullies and soil loss.  The crops are grown according to demand from the Pharmacy Company in Cuba.

Several hired women work on the farm as day laborers, who are dedicated to planting and have had an excellent yield. According to the farm manager, the local women who are involved in agricultural work as a hired labour force manage everything from cargo handling to the planting and harvesting of crops, such as rice, onions, garlic and cucumbers. They are considered an itinerant workforce.

The farm has difficulties with their water supply, despite having the Cangalito dam and springs nearby. In times of drought, the crops are lost due to the lack of irrigation technology to sustain production. Their technological inventory includes tractors, wagons, oxen, carts, ploughs and harvesters. What they need most, however, is an irrigation system that allows them to rotate crops and prevent soil erosion.

Indicators such as access to health, training, communication and cultural services were included in the methodological tool used to determine the existing gender gaps, and accordingly, to allow the entities participating in the Initiative to intervene. Based on the work carried out by the Federación de Mujeres Cubanas (FMC) and the Ministerio de la Agricultura (Ministry of Agriculture - MINAG), results were obtained that will contribute to the empowerment of Belkis González, the farm manager.

Like the rest of the Cuban population, she receives health services free of charge. If she requires medical attention, she will go to the nearest health clinic. Throughout the Covid-19 pandemic, she has received medical assistance on the farm itself, explaining the health protocol, so that by complying with the established measures they can continue to farm.

However, the same cannot be said for cultural and training services, since Belkis González does not have access to these, despite the existence of inclusive public policies for everyone and the fact that MINAG has training programmes available for women farmers and producers. In the interview, the farm manager commented on this, stating: “I would like them to inform me about the cultivation of other crops, and indicate which ones would be most suitable for this land, as well as what to do so that the drought does not have such a severe impact on us. At a certain point in the year, we have practically no water.”

In terms of cultural services, Cuba's cultural system relies on cultural promoters and art instructors who are in charge of bringing these services to rural communities. Regarding this, she stated: "Nobody comes here to discuss anything related to culture... I like country music and I listen to the poets every day around noon. My father also liked them, and my husband loves them, but I have never been to any activity where poets are present.” Regarding access to communication services, she stated that she does not have internet access, and therefore is not familiar with social networks, or how this service could contribute to the productivity of the farm.

What does Triangular Cooperation offer?

Although the experiences of Triangular Cooperation are practically new, this modality has significant advantages. Considering that the gender-sensitive assessment is being carried out in Sancti Spiritus, Cuba and Guanajuato, Mexico, rural women from both locations will benefit from the exchange of knowledge facilitated by the ADELANTE Window, so that the results obtained for the different indicators will be disseminated. The experiences, whether satisfactory or not, will also be presented, so that the knowledge and experiences can be used to contribute to the empowerment of these women farmers. We must not forget that when we talk about empowerment, we are referring to women having access to the knowledge that will enable them to transform society and the status to which they have historically been relegated.

The HIDROAGRÍCOLA company of Guanajuato, Mexico, has experience in water use planning, which would be highly beneficial for the farm, since they typically lack this resource during a significant part of the year. The company will also provide expertise on how to incorporate natural resources, vegetation, location, fauna and landscapes into nature tourism, as this farm is located on the road to Trinidad, a city with a high influx of tourists. Another area for potential development at the Finca familiar de plantas medicinales is the possibility of offering travellers light meals, taking advantage of the farm's convenient location.

The NGDO SODEPAZ contributes by offering its expertise in dissemination processes on its various platforms, as well as the possibility of converting the farm into a supplier of organic products; an area that the NGDO specialises in through its work on various farms of this kind. SODEPAZ also assists with affordable strategies that would allow the farm manager and the other farmers to obtain an added value for their produce.

With the implementation of the initiative "Enhancing rural women's cultural resilience through integrated actions in drought-affected areas during the COVID-19 pandemic,” the Finca familiar de plantas medicinales will benefit from the knowledge acquired by the farm manager and the other farmers, which should result in greater productivity. 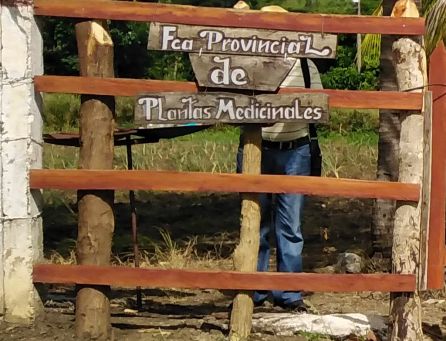 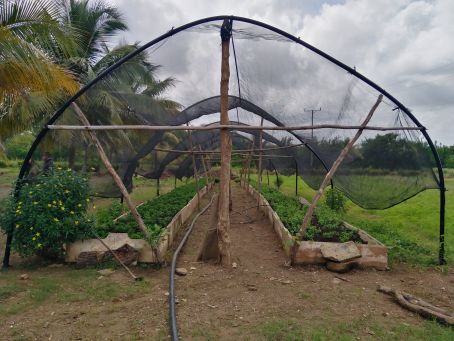 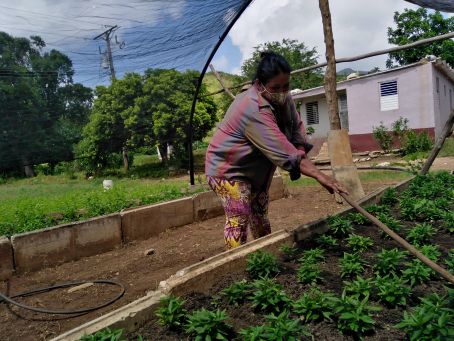 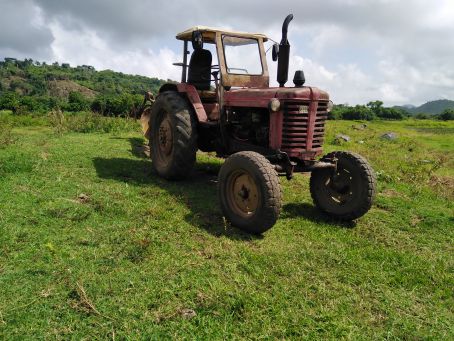 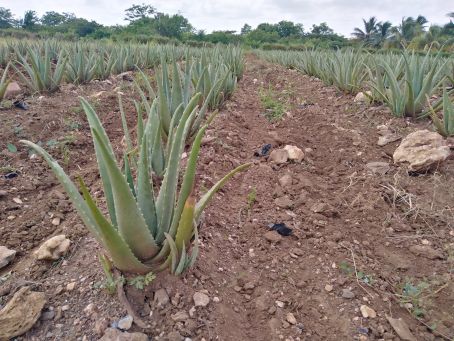 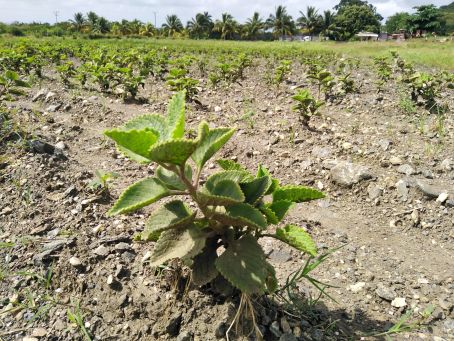 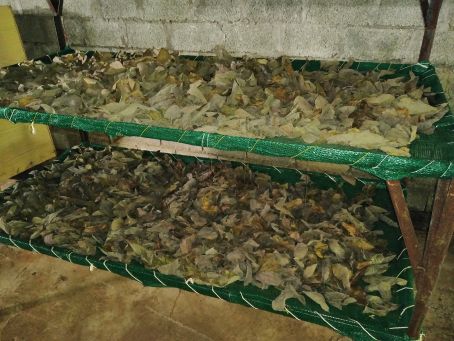 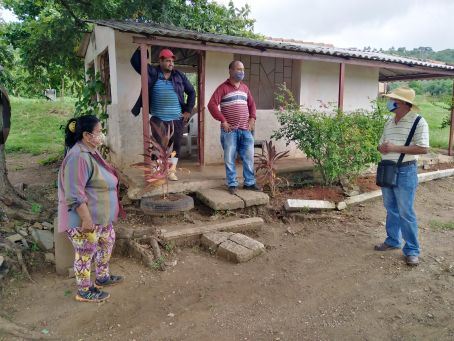 We use cookies to offer a better browsing experience to our users. Find out more information on how to configure cookies in your browser.
Your cookie preferences have been saved. To change your preferences at any time, see our Cookies policy or visit the link in the page footer.